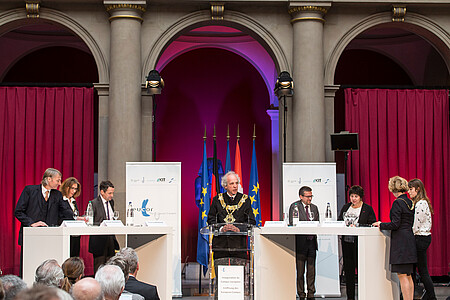 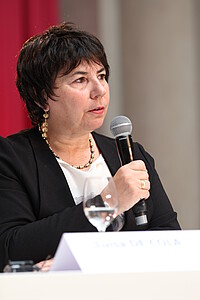 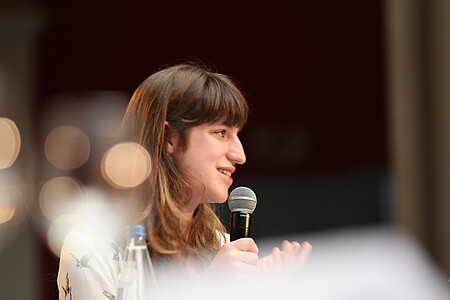 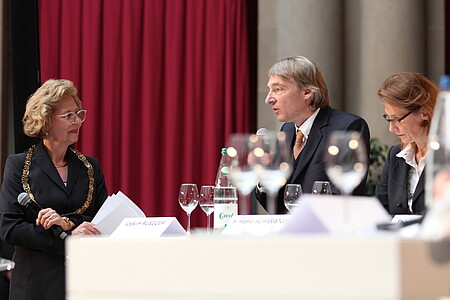 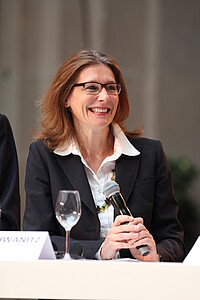 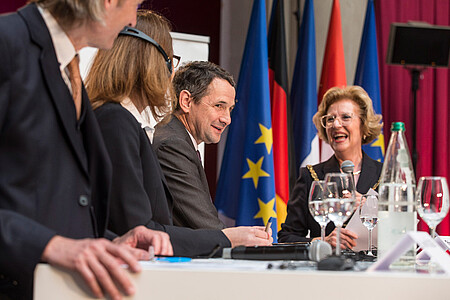 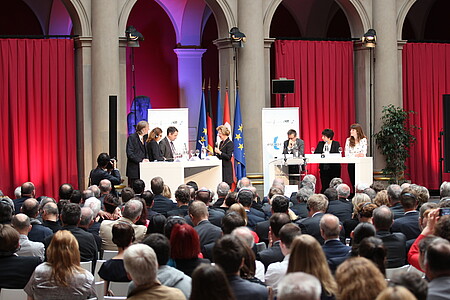 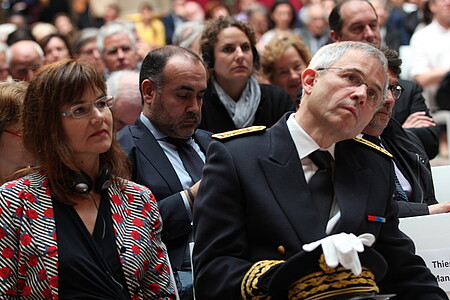 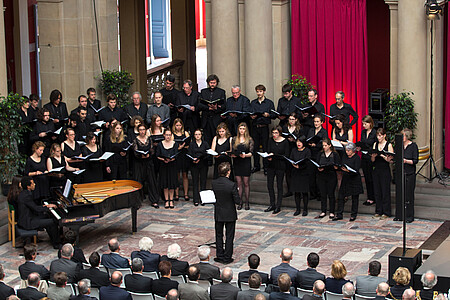 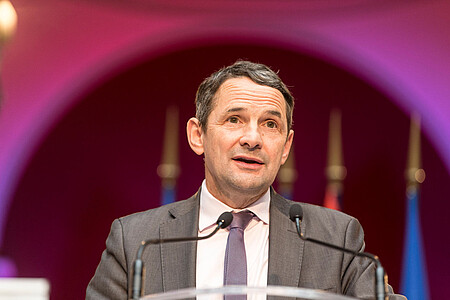 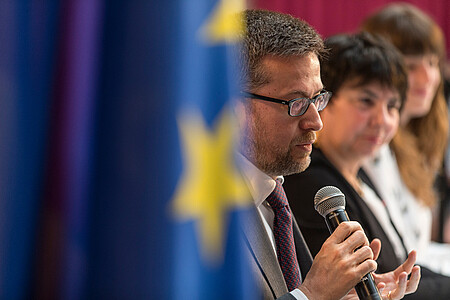 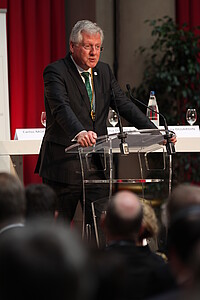 The European Campus - Eucor’s flagship project - was inaugurated on Wednesday, 11 May. Officials of its five member institutions* alongside the European Commissioner for Research Carlos Moedas and the Secretary of State for higher education and research Thierry Mandon attended the event. Students, lecturers and researchers, its best ambassadors, were also present.

A trinational choir interpreting pieces by French, German and Swiss composers Fauré, Brahms and Huber, flags of the three countries and European stars:  the opening ceremony was full of symbols. Carlos Moedas stated that the European Campus “fosters the political notion of Europe”, while Alain Beretz referred to “a model campus for European-scale projects, with cutting-edge research”. Thierry Mandon, as for him, expressed a will to “revive the open and creative Europe described by Stefan Zweig".

During the round table, Carlos Moedas dwelt on the courage it took for the heads of the five member universities to carry out this cross-border project.  “It has been scientifically proved that collective and transnational projects increase the excellence of academic results. Diversity can only benefit from science, and is the real strength of the European Campus”. Alain Beretz emphasized the potential of this trinational alliance for economic development, which raised the question of the national funding of a transnational group. Thierry Mandon committed to questioning the existing rules in order to overcome borders and boundaries. The challenge is now to break down administrative and intellectual barriers, as Luisa de Cola - researcher and professor in both Karlsruhe and Strasbourg- explained.

"You can’t speak German? Go to Germany and learn!”

The opening was followed by another ceremony: the Doctor Honoris Causa award ceremony. Three personalities closely tied to the construction of the European campus were honoured: Horst Hippler, Physicist, president of the German Rectors' Conference and former President of the Karlsruher Institute of Technology; Antonio Loprieno, Egyptologist, former Rector of the University of Basel et Hans-Jochen Schiewer, Germanist, Rector of the University of Freiburg. “Their scientific merit, as well as their commitment to sustaining and developing crossborder cooperation, honour the values of the University” Alain Beretz introduced.

The final word goes to Audrey Dujardin, young graduate of the binational programme Regio Chimica (UHA – University of Freiburg): “Don’t be afraid to leave. You can’t speak German? Go to Germany and learn!”

* The French universities of Strasbourg and Haute-Alsace; the German University of Freiburg- im-Breisgau and the Karlsruhe Institute of Technology; the Swiss University of Basel.

Why the Taliban must be held accountable for past atrocities

In August 2021, after Taliban rapidly swept to power in Afghanistan, its fighters executed 13 people from the Hazara…

“The Book of Odes”, from poetry to reference book

In order to make a successful comparison of different texts associated with The Book of Odes, an anthology of Chinese…

Schedule for the beginning of the 2021 academic year

A 100% return to onsite work at the beginning of the 2021/22 academic year is planned for both students and staff. The…

Welcome to the University of Strasbourg !

All you need to know about university services, campus facilities, student life and events at the University of…