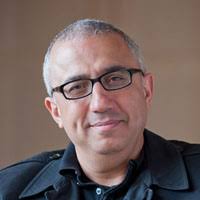 Launched in 2017, the call for projects "Make our Planet Great Again" (MOPGA) aims to mobilise society to fight against global warming. This third wave has selected Professor Amir Hoveyda and his PRACCATAL project from among 85 candidates. The University of Strasbourg and the CNRS are pleased to welcome this world-renowned scientist, demonstrating the attractiveness of Strasbourg in terms of research at the highest level. In the short term, the team around Amir Hoveyda will be made up of more than a dozen young researchers.

Professor Amir Hoveyda currently holds the "Patricia & Joseph T. '49 Vanderslice Millennium" Chair in Chemistry at Boston College, USA. He is one of the best catalysis specialists in the world. Catalysis makes it possible to reduce the energy footprint of a very large number of industrial molecules that are necessary for the manufacture of drugs and materials of everyday life. The catalysts introduced by Amir Hoveyda are used daily in university and industrial laboratories.

His research activity is both very fundamental and very applied, which extends from the field of energy to the pharmaceutical field. With Professor Schrock (Nobel Prize in Chemistry in 2005), they created the start-up XiMo, AG, with headquarters in Zurich, and a production facility near Budapest, with the aim of developing the catalysts designed by Professors Hoveyda and Schrock for various industrial applications. Many of his former students and post-doctorates are currently working in large pharmaceutical companies. In Strasbourg, he will continue his groundbreaking research on catalyst development, working with various academic and industrial teams across Europe to implement a series of key discoveries.

The field of catalysis is at the centre of advances in almost all areas of research in chemistry and biology. It allows easy access to biologically active natural products or compounds that can be designed to be used as drugs. Catalysis research has a strong impact on reducing the energy footprint and reducing industrial process waste. All these scientific advances are crucial for the well-being of the citizens of our developed countries.